Temporary Tattoos When Ink Is Too Much 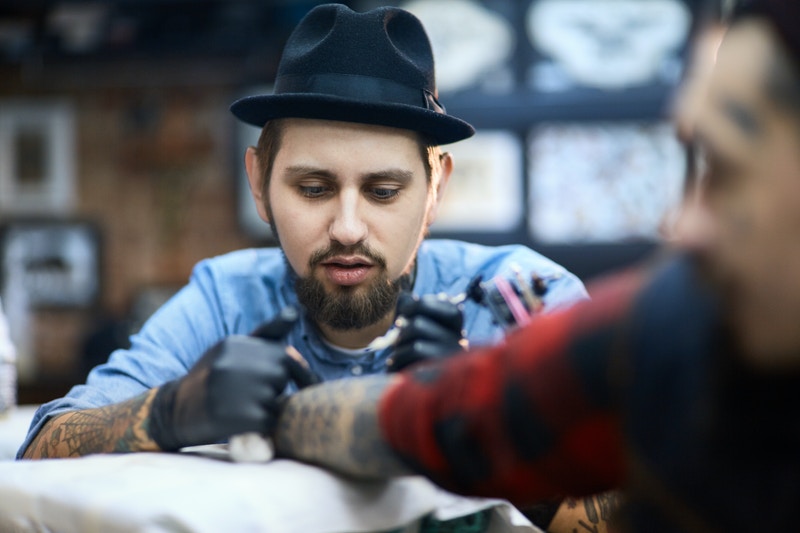 Temporary tattoos. It seems from the dawn of time that men and women and non-binary people enjoyed the symbolic ritual of putting an image or a pattern or a saying on their body, etched there for time and eternity. Tattoos, however, remain dangerous to get even till this day. Permanent tattoos can lead to:

Not everyone who gets a tattoo remembers it with fondness. Some may even regret getting one. For some, that may mean the regretting of getting a partner’s name tattooed on their body, only for the relationship to end and that tattoo being a living memory of the difficulties of that relationship.

Almost one in three Americans have at least one permanent tattoo but one fourth of those individuals have a tattoo that they regret getting. Fortunately, a few methods exist for removing those tattoos. They are considered very painful, but for many, these methods remain the only option for getting rid of a tattoo that they have regretted getting.

For those looking to get a tattoo and to not get one they regret, consider the following tips.

Imagine this: You are out drinking with friends or coworkers or a girl. You start talking about tattoos and you start thinking, hey maybe this is a good idea. Other people who are drinking are nudging you forward to getting one. You’re six shots of liquor in and that 24 hour tattoo parlor is seeming like a good idea.

You scan the walls for the right tattoo and settle on one that is influenced by the mean restraints of alcohol. You pick the tattoo and start haggling for money. You sit in the chair and the tattoo artist comes over. It’s about to be etched on your skin forever, this one drunken, stupid tattoo idea that has been nudged forward by others.

The next morning you wake up with a slight layered feeling on one part of your body. The tattoo is there, a faint impression of the night before lurking in your head. But it’s yours now and it’s permanent. When you’re drunk, the worst time you can think of getting a tattoo is then.

At tattoo parlors, possibilities for tattoos hang up on the walls. There are tattoos generally in the shop, in the waiting area, but sometimes there are tattoos created by specific artists that stand out in terms of style and color. It’s important to check out designs not only to generate your own idea but to help select an artist later.

Let your mind run wild with ideas. It could be a saying in another language or a symbol from history. It could be a primal tattoo or a delicate lace of flowers. It could be a picture of a landscape or a rendition of your favorite photo. Always keep in mind price range and pain involved.

Pick Out the Tattoo Designs

Picking out the tattoo designer is very important. The tattoo designer will etch a tattoo on your body that is supposed to last forever. If the work is imperfect, it will be an imperfect work forever. There are cover-up options and tattoo removal but each process costs money and hurts significantly.

The day of a tattoo is both painful and difficult. Depending on the size of the tattoo, a tattoo session can last for a few minutes to a few hours. Some tattoo, sleeves for instance, require multiple sessions. Make sure the time is prepared well, and that you are prepared mentally for the pain.

Finally, some types of custom temporary tattoos involve simple creation: create your own and enjoy! Tattoos are helpful for standing out from the crowd. Make yours a wise decision.